West of Japan / East of Europe 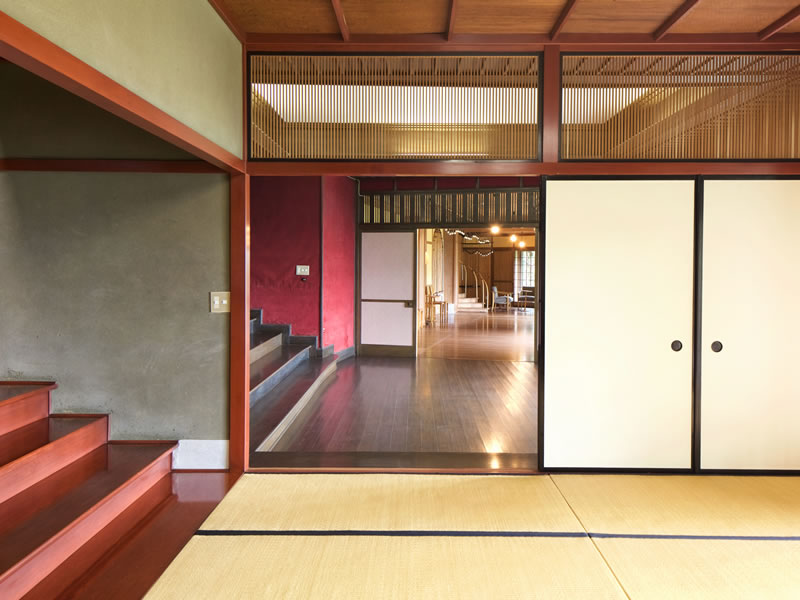 The exhibition is devoted to

The exhibition is devoted to the only existing building that Bruno Taut realized during his three-year stay in Japan, Hyuga Villa (Kyū Hyūga Bettei) in Atami, built in 1936. His project embodies a deeply personal reflection on Japanese architecture, mediated through Taut’s European sensibility. The result represents a unique example of cross-cultural breeding, which, at the time of its completion, stood at odds with mainstream Modernism in Europe on the one hand, and with the local architectural language on the other. The complete, detailed plans of Hyuga Villa are presented for the first time in Milan, together with large-format photographs, a model and an exclusive video interview with Kengo Kuma. By juxtaposing drawings and pictures, we hope to immerse the visitor in the realm of Taut’s architectural preoccupations: pondering about the concept of appropriateness (Proportion), manifested in all aspects of a building, especially in its materiality and atmosphere.

The exhibition will open on Wednesday, December 13, 2017 at 6pm with an introduction by Ilaria Valente and Marco Imperadori, and presentations by Marco Capitanio and Dave Clough.