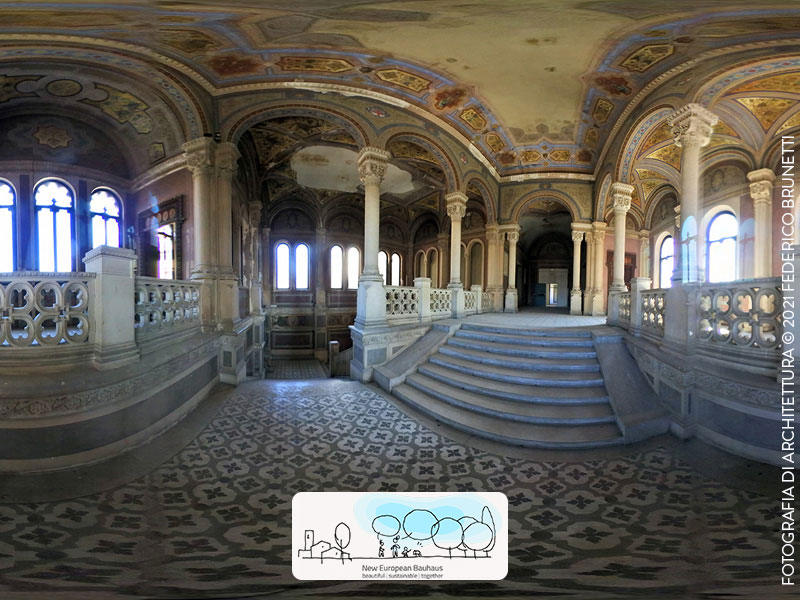 Exhibition From 1 December 2021 to

The Boito Architetto Archivio Digitale Project
‘Boito Architetto Archivio Digitale’ is a research project whose goal is to reconsider Boito’s role in the project culture and the formation of the so-called Milan School. The result is a digital archive that gathers material spread across different sites, area, entities, and institutions, as well as publications and current research, starting with the periodical ‘Arte Italiana Decorativa e Industriale’ (AIDI). As an ‘archive of archives’, the project sees two aspects as one on a single plane of analysis and development, from the view of forming a centre of studies and systematically indexing the journal and many graphical and documentary materials. Operationally, the research project follows up on and is based on work by many scholars present at the international conference ‘Camillo Boito moderno’, which was held in December 2014 at the Politecnico di Milano and the Accademia di Brera. Edited by Sandro Scarrocchia, the conference proceedings were published in 2018. The conference saw the participation of numerous professors and researchers, some of whom are now involved on the scientific committee of this research. Even today, the specific focus of the ‘Boito Architetto Archivio Digitale’ project may be specifically included in the guidelines of the European Commission’s New European Bauhaus project, in which the Politecnico di Milano is a partner. On the other hand, reintroducing creativity, innovation, and the production of quality is simply unthinkable without enhancing memory and sources such as the archive of the origin of the Milan School of architecture. In particular, it is unthinkable to not consider the larger enterprise that Italy has directed at those topics: AIDI, that is, the organ under the Ministry for Agriculture, Industry and Trade, and the Central Ministerial Commission, which for twenty years constituted the source and voice of artistic/industrial training within a network of schools and widespread offices throughout the territory in the wake of a tradition that carries us to the origin of the Politecnicos. The ‘Boito Architetto Archivio Digitale’ project aims to serve as a bridge between the origin of the Milan School of architecture, archaeology of the Italian artistic industry, and new scenarios of the New European Bauhaus.

The Boito Architetto Archivio Digitale Exhibition
Extending from the exhibition and digital archive are the multiform activities of Camillo Boito within the cultural dimension of the architectural project, as a catalyst of a world that includes ‘units of art’, training institutions, and civilians, productive subjects of ‘know-how’. The works undertaken by Boito (schools, hospitals, assistance institutes, cemeteries, etc.) are monuments to urban civilization. Not only that, they are the accumulation of a cultural industry which already then anticipated an industry of the arts.

Initiative consistent with the objectives of the #Neweuropeanbauhaus