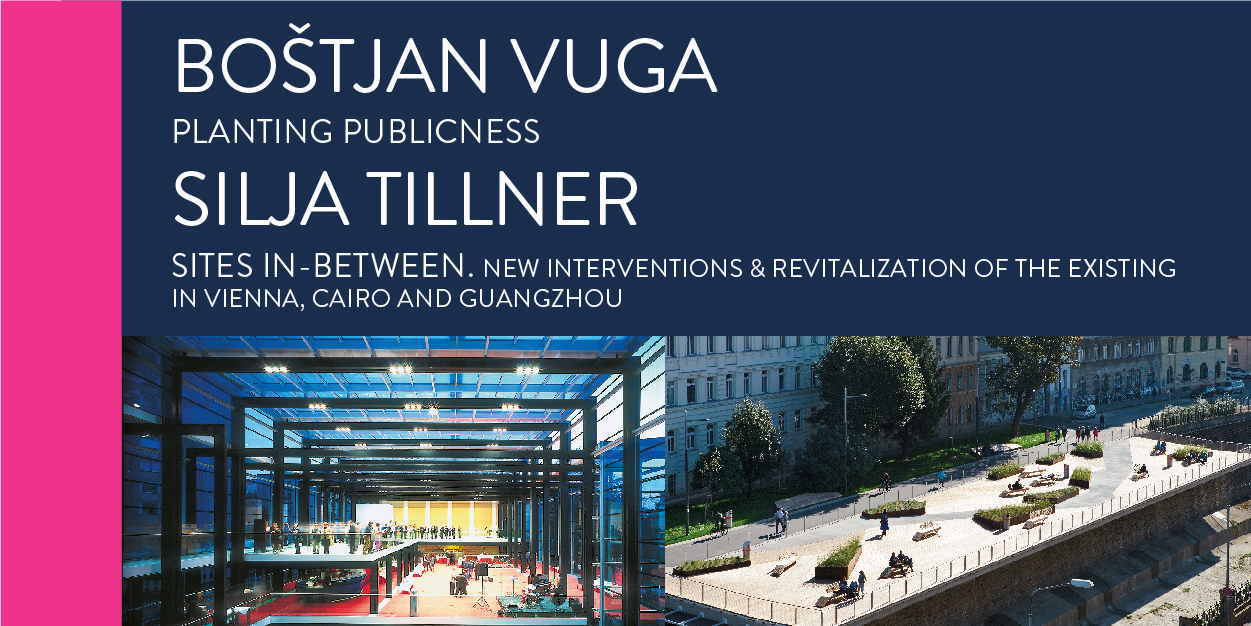 Silja Tillner is an architect and urban designer who enjoys working in both fields simultaneously, e.g. on large planning projects as well as carefully crafted architecture. She has been responsible for the revitalization of historic districts world-wide, careful interventions in the existing city fabric and the design of signature new buildings. She has served on several prestigious planning and design advisory boards: from 2002 to 2010 she was a member of the board of trustees of IBA Stadtumbau (Urban Redevelopment), in Sachsen-Anhalt, Germany. From 2008 to 2011 she was a member of the advisory board of the City of Vienna for urban development and architecture. From 2013 to 2017 she served on the advisory board for urban planning and architecture in the new town-development “Seestadt Aspern” in Vienna. Since 2014 she serves on the Vienna Housing board.
Silja Tillner and Alfred Willinger are principals of Tillner & Willinger architects, a Vienna based firm that has specialized on urban design, housing, office buildings and the renovation of historic buildings. The office is known for sustainable design with respect for the environment and ecological issues, a wholistic design approach in the life-cycle of a project: urban design, use concepts, architectural design and detail planning. The office has won all of their building projects through competitions and received numerous awards, (for example the Bauhaus Award for exceptional achievement or the „ar+d“(architecture+design) award, the LEAF Award (Leading European Architects Forum) in the category urban revitalization and the Gold Medal at the Bienal Miami+Beach.

Urban planning, urban design and architecture are closely interlinked and influence each other. Sites in-between are urban spaces that are left over from 20th century planning based on generous street lay-outs for individual traffic. Today, a transformation of mobility patterns has reduced the amount of space needed for streets and allows the creative reuse of these sites that are often centrally located but derelict and of unconventional shape. Urban revitalization projects in Austria, but also in Egypt and China have led to the discovery of these sites as a potential for the creation of urgently needed public open spaces and buildings.
The projects Vienna Terrace, Skyline, Messekarree in Vienna, River Nile and Opera Square in Downtown Cairo, Pearl River in Guangzhou illustrate the potential for creative reuse of sites in-between for new open spaces and innovative buildings in a rapidly growing European metropolis, Asian and African megacities.