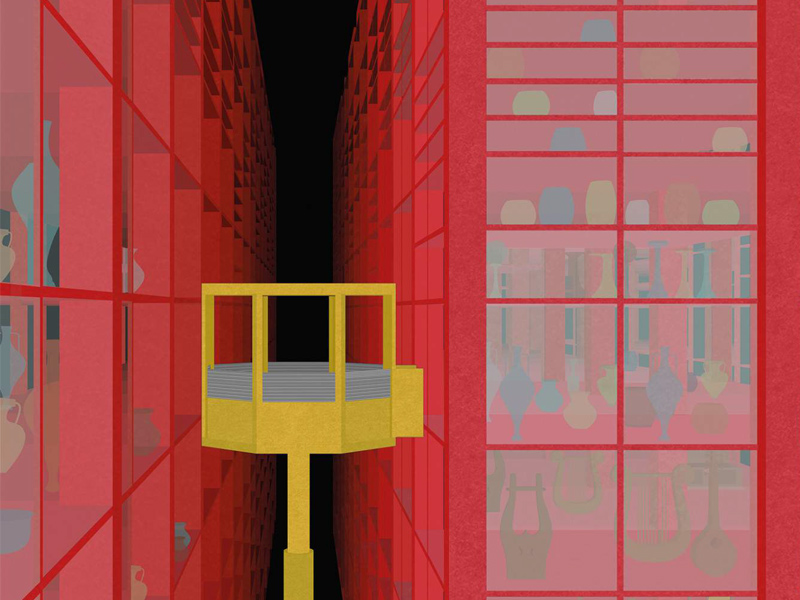 The 8th of February 2017 the project Savage Architecture will be presented in the Exhibition Space Guido Nardi of the Polytechnic of Milan. In the form of an exhibition and a book, curated by Davide Sacconi, the project portraits the research developed by Gian Piero Frassinelli – former member of Superstudio – and his recent collaboration with 2A+P/A which explore the intersection between architecture and anthropology.The exhibition – coming from the Architectural Association of London and soon traveling to Paris and Rome – and the book published by Black Square in 2016, will be presented by Gian Piero Frassinelli (Superstudio), Gianfranco Bombaci e Matteo Costanzo (2A+P/A), which will engage in a debate with Marco Biraghi and Valter Scelsi.The event will be an opportunity to examine the important role that Frassinelli played within Superstudio, to discuss the trans-disciplinary influence that the Florentine collective has had in the last fifty years and speculate about its operative potential today.Savage Architecture is a journey to the root of the relationship between architecture and man in four episodes. Departing from Frassinelli’s unpublished graduation thesis for an Anthropology Research Center (1968), lingering on the dystopian and revealing scenarios of The Twelve Ideal Cities (1972), the trajectory culminates in the recent collaborative projects of Frassinelli and 2A+P/A for the Budapest Ethnographic Museum (2014) and the Central Archive of Human Cultures (2015).This fifty years-long journey among different experiments unveils the foundations of a project alternative to the current blind faith in the economic and technological reason. The anthropological gaze gives form to an architecture that is savage because it refuses to impose the power of reason over the symbolic, animal, vital and therefore political dimension of man.

Savage Architecture rejects the domestic man and looks at the primitive without the burden of progress or development but instead with the freedom of the barbaric, the wisdom of the ancestral, and a profound awareness of the collective character of architectural knowledge.

Savage Architecture is the difficult achievement of a field of tensions between control and freedom, narrative and technology, individual expression and collective rituals. A project that, conscious of the violence inherent in human relationships, imagines mechanisms and narratives to give form and value to irreducible dichotomies of mankind.